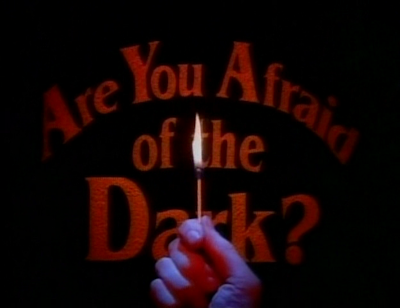 For years now I've been reviewing every horror movie that had a Halloween-centric plot; I even covered a bunch of kids movies. Well, I have finally scraped the bottom of barrel so hard that I've come out the other end. Yeah, there is still trash out there with ratings on IMDB already below a 3/10, but I don't know if I have the willpower left to review that level of shit. Besides, is there anyone else who has so thoroughly reviewed the movies around this holiday? I am tempted to give it its own section of the blog, because there are that many of these movies trying to make a cheap buck by slapping a jack-o'-lantern on the cover. In the meantime, I will be covering any old horror movie in October from here on out while adding a few of those barrel scrapings to the mix. If anyone has any suggestions, I'm open to it, but the well has pretty much run dry.

Instead, this year I've focused on adding a new section, and third blog, for the TV show, "Are You Afraid of the Dark." I've wanted to add something new for a while since covering movies has been slow. I love this show, and it's being resurrected, so now is the perfect time to get it out there. I'm still working on reviews for season 1, but if you want to check it out click this link or the tab above: https://thevagrantrises3.blogspot.com/

As for the movies, the reviews come out so slow now, because, realistically, they just suck anymore and I'm running out of ways to say that. I have discussed this before, but the entertainment industry as a whole has sputtered into oblivion. Overloaded with shills, every aspect of the industry has become political, borderline (and often open) propaganda with only a message and no creativity or a sense of timeless storytelling. Connected to this is a collective stagnation of ideas where everything is a sequel, reboot, remake, based on a book, etc. It's tiring. Furthermore, it gets annoying reading the shill reviews and promotions claiming any criticism of this garbage is done by "vocal trolls" and then the real crybaby-bitch complaints are labeled as "fans" hate ___. Uh huh. I don't want to go heavy into this topic since that's not what my blog is about at all. Just want to put it out there to explain my decreased activity over the last couple years. On the bright side, those who love to read the reviews where I'm angry and raging at a movie will love this material!

Posted by villainsrule at 6:41 PM No comments: 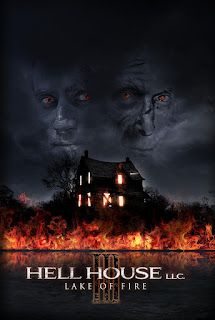 Plot Summary: Ten years after the events of the first film, the Abaddon Hotel has been reopened once again, but will it be for the last time?

Review: I commend the effort to create a trilogy, but, this is, without a doubt, the worst entry of the three. The general premise is nonsensical with a final reveal that is cornball and felt like something from the Hallmark channel. It's also bizarre that a lot of the groundwork for this entry is laid during part 2, yet, somehow the story still fails to connect. It's not all bad though--let's put that out there. There are still some decent scares to be enjoyed and a few interesting ideas scattered about.

This time around, the hotel is reopened by a rich guy who wants to have some kind of performance art shown. This rich guy, Russell, is mentioned in part 2, but his involvement doesn't feel connected in the way that part 2 explained. There was this implication that the evil forces in the house were manipulating events for decades trying to open up some gateway to hell. While that does still happen, rather than Russell helping this happen or setting it into motion, he is miraculously an angel that closes the gate and destroys the hotel once and for all. Yeah, I know, roll your eyes with that. The execution of these ideas, and how it's depicted in the movie, is not good to say the least. I mean, what was the point of involving these specific people or this moronic performance art? Couldn't Russell have feasibly just swooped in with his angel powers and closed the gate? To make matters worse, the original cast is shown to have their spirits freed from the house--sorta--but what about all the other characters mentioned throughout the series and in part 2? I guess they're fucked.

Don't get me wrong, the concept of linking all three movies and trying to tie them together was fine. You do have that sense of anticipation to keep you guessing what will happen next as well. The characters were somewhat colorful even if on the annoying side at times. Truly, there is an okay movie under the flaws, but this is going to come off as a mediocre movie overall that is worsened because it's (as Randy would say) the concluding chapter of a trilogy. So, if you enjoyed parts 1 and 2 you may want to check this out for closure, however, I think most fans will be disappointed with this ending.

Notable Moment: When the one actress is dared to go into the basement and runs across our good old clown buddy.

Posted by villainsrule at 12:02 AM No comments: 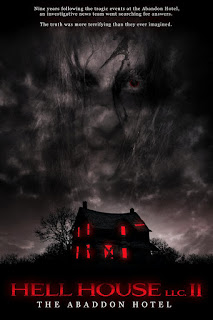 Plot Summary: Years after the original events, an investigative team attempts to break into the hotel and uncover evidence of the truth.

Review: I'm probably in the minority here, but I liked this movie as much as the first. I wasn't expecting much from this entry, yet, it was able to surprise me with the direction the filmmaker took. The idea was to craft a trilogy of films by filling in more backstory on the previous installment while setting up part 3 in the process. The scares were just as good as part 1--better even in some instances--and the material is spiced up a bit. Of course, there are more of those inherent flaws by still making this found-footage, but where part 2 falters most is with a lame twist ending that doesn't work for beans.

This time around, nearly a decade has passed since the unexplained events of the first movie unfolded. The documentary that we, as the audience, watched became a phenomenon inspiring amateur ghost hunters and internet jackasses to flock to the hotel; these people subsequently go missing despite ghostly footage being found. The heart of the story is that the guy that assembled the documentary is on a talk show discussing the hotel and the implications of an actual haunting. The other guests on the show are an alleged psychic and some guy that supposedly works for the town government of Abaddon. An outside crew of investigative journalists have inside information and want to recruit the main guy to help them bust into the hotel and uncover the truth; the psychic guy tags along for good measure. Big shock...they become trapped in the hotel as the evil spirits pick them off one by one. Much of this is handled quite well thankfully. Our clown friends make a return, but the scares are a little different this time around. There are still remnants of the haunt attraction since nothing was really cleaned up after part 1. This helped make the films seem more intertwined especially when trying to add more information to part 1's story. 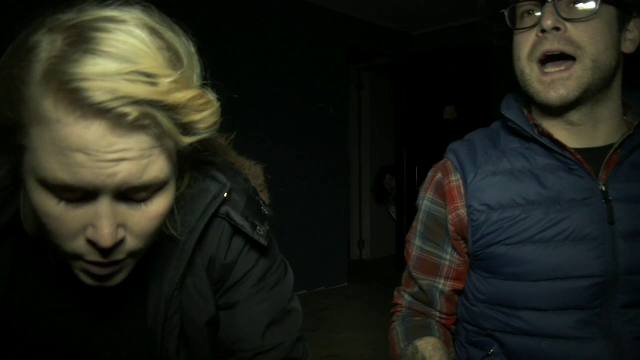 I was a big fan of this creepy background ghost.

Upfront, you need to understand there will be many of the same low-budget flaws of part 1 so you will either tolerate them or not. What can sour an experience I believe is this ending where we find out the original owner of the hotel is like this mastermind ghost that was posing on the talk show with the main guy. This is unfathomably stupid. It's like...if he can do all of that then what can't he do?! Then there was this idea that people have been summoned to the house for decades which was a huge plot tangent left unexplored. Finally, the ambiguity on the blonde chick or the main guy living didn't make sense nor was it explained. If the main guy lived, why don't we see him again? If the blonde girl was let out instead then why do we see her as yet another apparition posing as alive? And don't think part 3 fills in these answers.

So if the ending is dumb why would I rate it as high as part 1? I think there were instances of better ideas and camerawork. Likewise, I thought the pacing and flow of events was better with less meandering. This makes it where part 1 is a better story and satisfying ending whereas part 2 is a better production overall but hindered by a weak ending. At the end of the day, neither film is going to blow you away, but I don't think fans give this entry enough credit for what it has to offer.

Notable Moment: When Melissa pops up randomly only to immediately transform into some kind of demon. Her makeup was kind of bland, but, I don't know, I liked the voice change and how casual it was. Plus, she's cute as hell.

Posted by villainsrule at 6:39 AM No comments:

What is this madness?!

Welcome to my not so serious blog. I am just another dork on the internet who has watched far, far too many movies, and I've decided to share my thoughts on whatever I come across, with emphasis on horror and Asian cinema. I don't present myself as a pretentious critic and write my reviews in the way I speak in person...assuming you can tolerate my brand of humor. I try to be as fair and unbiased as possible and have even broken down the way I score if you want to consult that list. Take a look around, I'm sure you will find a new movie to watch as I'm at 800 posts and counting!
Top 5 movies I'm excited about: 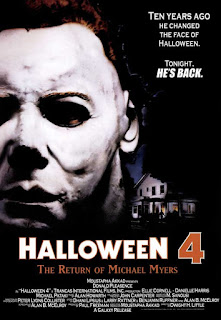 What a story, Mark. Got a movie to recommend for review?